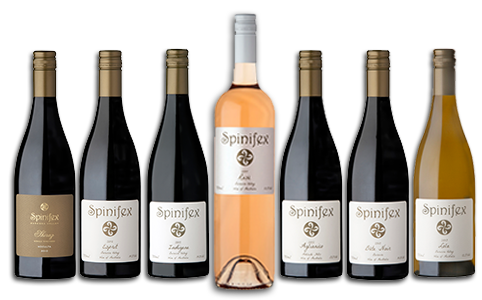 We aim to make wines that display signatures of vineyard provenance and vintage, show regional typicality and have a consistent thread of 'house style' that reflects our preferences and experiences with wine.

"...We started Spinifex in 2001 with the opportunity to source some great old vine Mataro growing in deep white drift-sand on the Barossa Valleys’ Western Ridge. Our focus is on making regional wines from the traditional Mediterranean grape varieties that have been grown successfully in Australia for over 150 years - Shiraz, Mataro, Grenache, Cinsault, Carignan, Ugni Blanc, Grenache Gris,  Marsanne and Semillon. We aim to make wines that display signatures of vineyard provenance and vintage, show regional typicity and have a consistent thread of 'house style' that reflects our preferences and experiences with wine. The wines we choose to make are  predominately blends, the synergies derived from blending wines of differing character enhance the subtle complexities, even textures and profound personalities delivered from great old vine vineyards..."

A full bodied collection of wines to suit all. 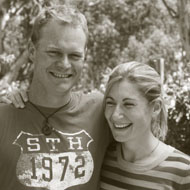 Bringing a touch of France to the Barossa and our winemaking.

A place to taste, drink and buy our wine range.

Winemaker of the Year 2019 Finalist

Peter Schell’s portfolio of wines may seem random, but his experimentation and careful crafting of alternative varieties has produced drops that will keep you coming back for more.

Peter (or Pete, as he’s universally known) Schell is a man of instinct; exploring possibilities and opportunities with an innate curiosity and intuition. Schell experiments with parcels of fruit, often blending them for some years into his seemingly random portfolio of dangerously drinkable wines before allowing a variety to fly solo.

The Spinifex range is a reflection of the (often minuscule) parcels of fruit that Schell seeks out from both ancient vines and new-wave varieties. Schell finds that these old vines – which have tolerated the rigours of drought and heat – produce fruit of exceptional depth, with the indefinable savoury flavours that set Spinifex apart from the stereotypical Barossa style. 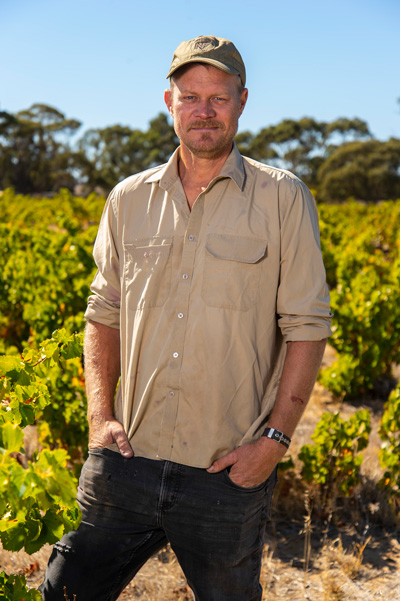